Our project “Cities Local Integration Policies” (CLIP) from 2006-2010, brought me to Spain, Greece and Sweden for fieldwork. I got to know the people in charge of migrant affairs in the cities really well and have warm memories about this cooperation. The project had a lot of impact.

Fourteen researchers worked closely with the city administrations of more than 30 cities all over Europe to analyse and compare their integration policies.  I was responsible for Amsterdam, Athens, Breda, Barcelona, Hospitalet, Malmo, Mataro and Terassa, and visisted most cities four times.  I talked to nearly everyone that has some thing to do with migrants, including officials, representatives of migrant associations, social workers, volunteers in NGO’s, labour unions, radio stations, and even banks.

The project had four rounds – 1) housing for migrants, 2) diversity policy, 3) inter-cultural and inter-religious dialogue, and 4) migrants entrepreneurship. Researcher and officials worked together to develop a report about policy implementation. At the CLIP conferences, results were presented, and the cities learned from each others.Each module yielded a final comparative report for all cities and recommendations in a policy brief. See the CLIP Info sheet for more information.

In 2006, the Congress of Local and Regional Authorities of the Council of Europe, the city of Stuttgart and Eurofound established a ‘European network of cities for local integration policies for migrants’ (CLIP). The network comprised of a steering committee, a group of expert European research centres and a number of European cities. In the subsequent two years the cities of Vienna and Amsterdam joined the CLIP Steering Committee. The network was  supported by the Committee of the Regions (CoR) and the Council of European Municipalities and Regions (CEMR). The CLIP network formed a partnership with the European Network Against Racism (ENAR).

Through case studies, city reports and workshops the network enables local authorities to learn from each other and to deliver a more effective integration policy. The unique character of the CLIP network is that it organises a shared learning process between the participating cities, and a group of expert European research centres as well as between policy makers on the local and European level.

The CLIP network brings together more than 30 large and medium sized cities from all regions of Europe and includes:

Commissioner: European Foundation for the Improvement of Living and Working Conditions (Eurofound)

Every round of this project produced 30 case study reports,  a comparative overview report, and a good. practice guide. These reports were initially published on the EUROFOUND and EUKN websites, but when years past, they were removed. If you are interested in one of the case study reports, please ask the reseracher by email.

Case studies in Module I – Policies on Housing and Neighbourhood 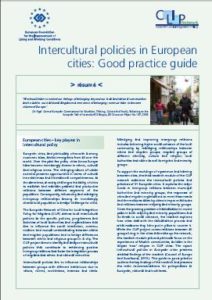 Presentations and papers about CLIP

The development of independent functioning in society and social capital of 40 migrant women is followed for four years. The women started unemployed and often isolated. City district ‘De Baarsjes’ organised a project called ‘Meedoen’ (taking part!) to stimulate isolated welfare recipients to become more active and integrated in the neighbourhood. The city district hopes that the support in solving problems, and the courses and activities help them to develop into more active and less isolated citizens. The research focuses on the development of the women and on the the question whether or not (slight) force is acceptable for this target group. 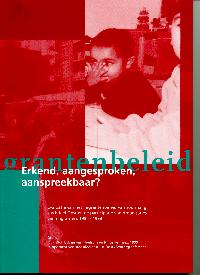 The local ‘minority policy’ of the City District Council of East Amsterdam was evaluated here and especially the funtioning of the local board where migrant associations and governers meet, the “BOMO”. Interviews were held with all representatives in that council, the migrant organisations and the local service providers and we looked at the communication between these organisations. A advice was formulated to add certain missing elements.